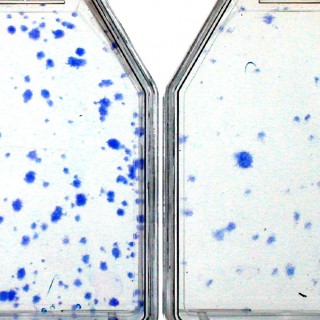 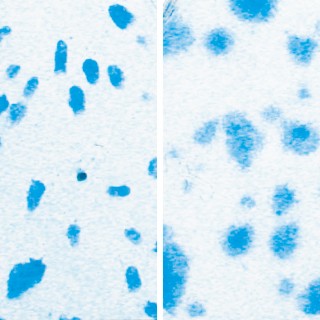 Progenitor cells are the foundation of all epidermal regeneration. With age in vivo, progenitor cell output decreases by up to 50% (Charruyer et al, JID 129, 2009).

In vitro, progenitor cells provide the characteristic colony formation that is required for extended culture longevity. Changes in function can be quantitatively documented by changes in both colony number and colony size.

> Back to Standard Tests: Epidermis